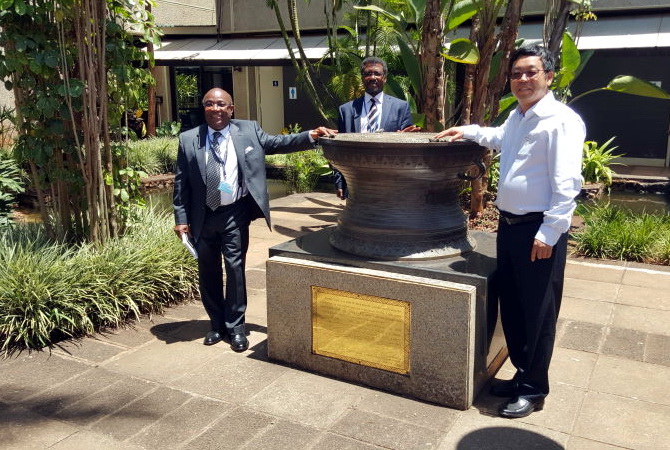 During the meeting, the  chairman of the board of directors to report back to the un-habitat Li Yuxin jingu group innovation and perfect part prefabricated building system, can use from raw material to the components production, from design and construction to building standards, provide affordable whole solution, which really help developing countries effective use of local raw materials, design suitable parts, the best cost-effective building, and reduce the cost of local houses and maximum at the same time establish the local building materials industry and construction standards.In and with China construction science research institute of Peking University institute of technology to achieve the strategic cooperation, jingu in materials, building materials, construction standards and specifications research aspect, reached the domestic leading level in an all-round way.

"These ideas and implementation are revolutionary, if jingu group can adjust measures to local conditions, the implementation of housing industrialization will really benefit the developing countries" messiah the secretary-general said.

And both sides jingu led China construction science research institute of Peking University institute of technology, in cooperation with the United Nations established with housing institute "developing countries" have an in-depth exchange of views.The institute aims in the service of the system and the establishment of the standard materials research, building materials, preliminary plans in a country, for the pilot, using mode of government supporting project building materials park, mass build low-cost housing, at the same time, to establish the local building materials industry.Once the successful operation of this model of large-scale promotion and copy will be late on housing industrialization in the developing world epoch-making driving force.

Chris Sir Kindly reviewed 2013 un-habitat convention, jingu group in un-habitat headquarters set up in the sample room, it was his first exposure to the jingu original building system.Over the years, jingu people still insist on innovation, and efforts to integrate the professional resources, rich regional advantages, the developing countries use the options of the construction of local housing industry, Chris is very touched.Un-habitat in order to improve the global environment for the mission, Chris to jingu group can speed up the pace of housing industrialization, is to improve the general living conditions in developing countries, the real global village into a beautiful homeland.Both sides will be pragmatic to promote the establishment of "developing country housing institute, a solid step to this global revolution. 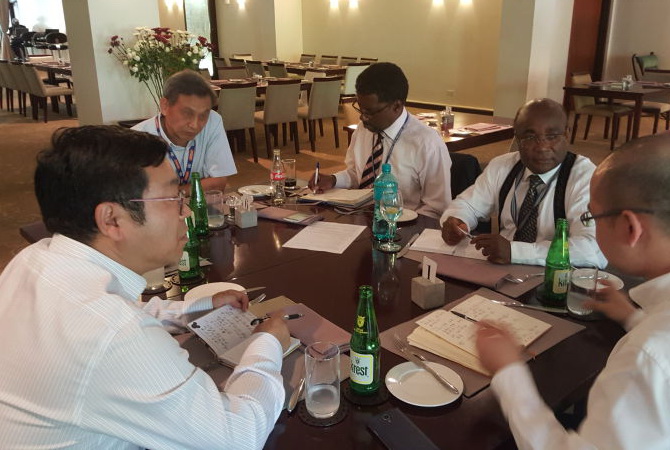 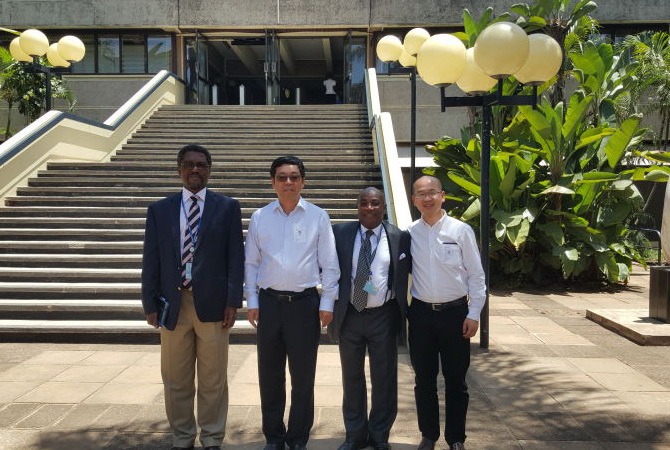 Meeting the parties before the un-habitat headquarters