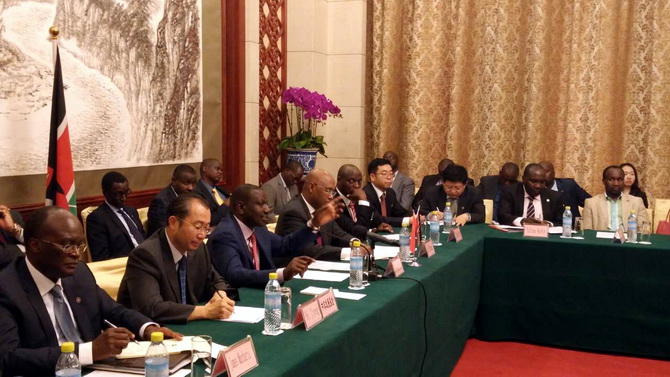 On July 7, 2016, Kenya's vice President Ruto and energy and oil minister kay thayer, such as transport minister ma shariah access with "the china-africa development fund" in China and Chinese companies on behalf of the diaoyutai state guesthouse in Beijing on bilateral cooperation in energy, infrastructure and other negotiations.Jingu group chairman Li Yuxin as an old friend of the Kenyan government, but also in the green energy-saving buildings and prefabricated housing industrialization have made outstanding contributions in the field of entrepreneurs, attended the meeting, and Kenya's vice President William Samoei Ruto energy minister, Charles Keter adjacent sat, close to discuss cooperation and development of coal projects in Kenya.
As early as 2013, jingu group in the United Nations human settlements programme conference held in Kenya as an opportunity to adhere to the aim of green, energy saving, environmental protection and industrialization, began a series of real estate, energy in the local development projects.The jingu group investment holding in Kenya 's basin coal mine, is currently the only large mines in the California, was the country's electricity coal and other related industries the main fountainhead, is an irreplaceable strategic significance.The jingu group has been negotiating with Ken's frequent coal mine, developing circular economy planning into practice will be carried out after the cycle power plant, coal, electricity, cement not only energy conservation and environmental protection will also be a huge social and economic benefits.The programme has won government highly recognition and support.The chairman Li Yuxin invited to diaoyutai and in consultation with the Kenyan government delegation, will make the prospect of this project and other cooperation is more optimistic. 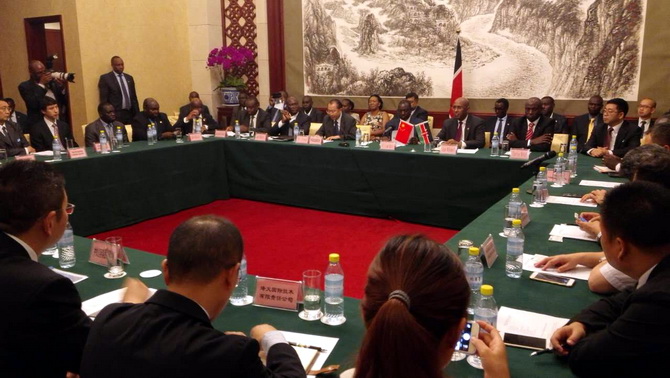